In 1998, college student Joe Weilgus visited a friend in the hospital. Walking by the pediatric wing, he noticed so many young patients sitting alone in their rooms with nothing to do. Unable to forget what he saw, Joe returned to the hospital the following week dressed up as a clown determined to spread cheer.

Joe’s positive energy boosted the morale of scared patients and anxious caregivers. Through “clowning around” with the kids and keeping them company, he realized that every young patient could benefit from the same support and companionship. He recruited classmates to join him in his volunteer efforts to brighten the lives of local pediatric patients. Shortly after, other college campuses expressed interest in making a difference, with Joe’s co-workers later doing the same.

And Project Sunshine was born.

Officially incorporated as a 501(c)(3) in 1999, Project Sunshine opened its first professional office in New York City in the early 2000s. US based programs continued to flourish during this time, and in 2006 Project Sunshine launched its first international program in Mombasa, Kenya.

Today, Project Sunshine operates programs in 5 countries, impacts over 150,000 pediatric patients and their families, and provides meaningful community service opportunities to over 18,000 volunteers. We work hard to raise awareness for the emotional needs of children facing medical challenges and their often forgotten caregivers. 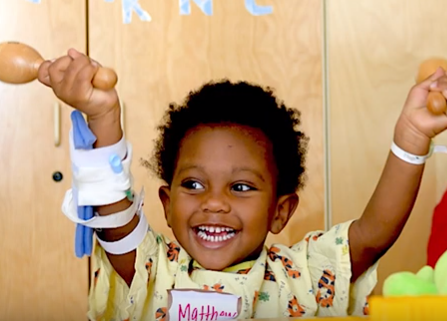